We are witnessing the Asianization of the world, according to Parag Khanna, author of "The Future Is Asian: Commerce, Conflict, and Culture in the 21st Century".

Which is simultaneously the dawn of a brave new world, and a return to what was the status quo for most of human civilization, when Asia led the way.

"Billions of Asians growing up in the past two decades have experienced geopolitical stability, rapidly expanding prosperity, and surging national pride. The world they know is one not of Western dominance but of Asian ascendance,” Khanna reminds us in "The Future Is Asian".

Asia is the revolution

Asia is the revolution. We are seeing this seismic shift in every industry and every aspect of human civilization, whether it's technology, economics, politics, or pop culture.

As an Asian in Asia, I am proud to be part of this revolution and to contribute to the Asianization on the world. Yet it is also clear that many people still need to shake off the Western-centric view of the world – including a number of us Asians ourselves.

Moreover, it is also time to rid ourselves of the myopic Western view, particularly from the US, that the rise of Asia is solely the story of China. As Khanna points out time and again, the complexity of Asia is something that the West has always failed to understand. China is not fated to dominate Asia, because other Asian countries themselves are ascendant and are pushing back against China.

In fact, Asian history has always been multipolar and multicultural, with China, India, Japan, Korea, and other civilizations co-existing and contributing to each other's culture even as they came into conflict. Instead of a new Cold War, what we are seeing is world where no one nation dominates the rest.

Obviously, the US will still have a big role to play, but it will need to accept the reality that it must share power in a multipolar and multicultural world --  a brave new world that is being built by Asia.

For too long, we Asians have seen the world and ourselves through the eyes of the West. But those days are over. 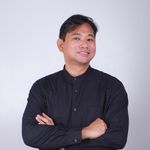